A Vegetarian BBQ in a hurry? Can it be done?  Oh yes! 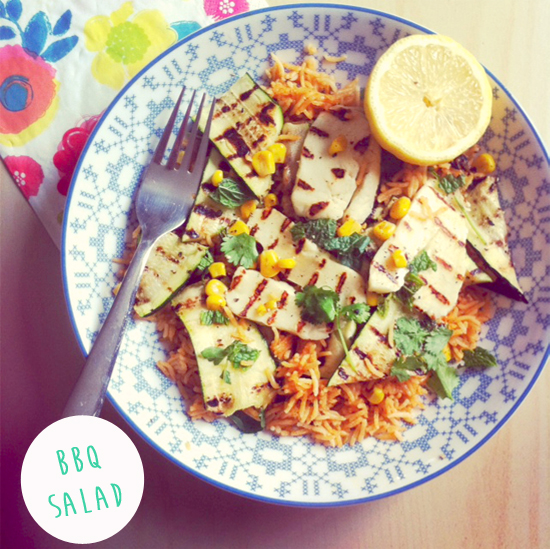 If you live in a flat like me and don't have a garden, having a BBQ can be a bit tricky.  And cooking anything in my tiny kitchen in this weather is just swealtering.  But I wanted something BBQ-esque.  I could smell people having BBQ's in their gardens in the street, and I fancied the flavour of BBQ food all by myself.

That's where my Microwave came to the rescue.  Microwave? I hear you cry.  Oh yes! 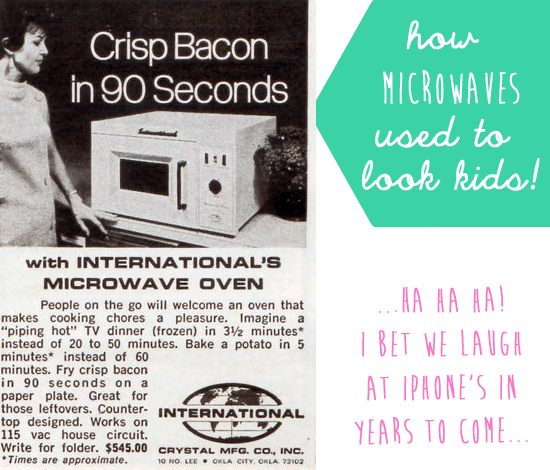 I remember when my parents got their first Microwave.  It was probably 1987 ish.  My mum had wanted one for AGES and my Dad wouldn't get her one because he said they were a waste of money, but then we went on holiday and stayed in this house and they had one there and Mum was in heaven.  Dad found that the quality of his dinners improved a bit as she tried out new recipes (my Mum's idea of dinner is beans on toast..)  so I think he knew it would do him good to get her one.

We all own one and they do make our lives easier to some extent, however we use them.  I tend to use mine to quickly cook up frozen veg, to heat up a cold cup of tea, or blast something to defrost.  What do you use your's for?

And when I'm busy and working in the week and I get home late (and could chew on the sofa), I tend to whack a micro-rice in there and mix it with some veggies or tuna.  Job done. 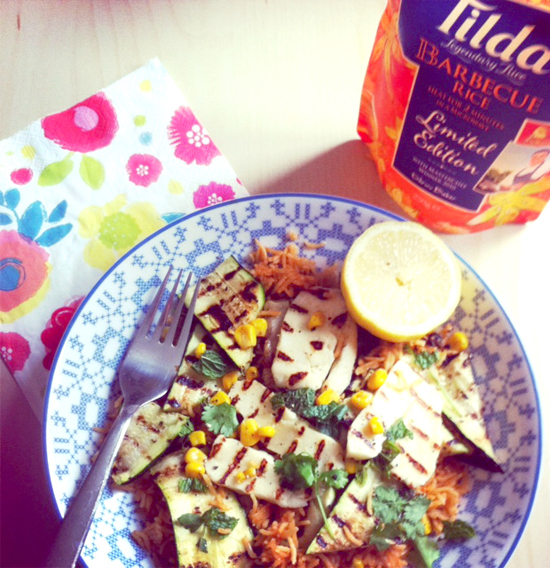 And I'm a big fan of Tilda Micro Rices - I've been a fan of their Coconut rice (OMG it's amazing!)  for some time and their rices are all usually gluten free too.  They recently bought out a BBQ Limited Edition version and Dhruv Baker  who won Masterchef in 2010,  put together some recipes that go with it.

I saw he'd done a BBQ salad one with Courgettes, Aubergenes and Halloumi that sounded so easy and delicious I had to try it -  OMG it was flipping delicious.  The mint and coriander add a real WOW flavour.

And you don't feel so bad about using some 'micro-rice' when it turns out like this - who cares if it's cheap and chic? It's delicious!!

Try this, and give your microwave some new skills ;) 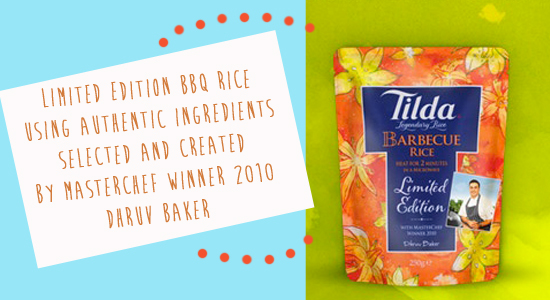 CLICK HERE FOR THE FULL RECIPE
Posted by Angie Browning at 05:39