The Bread, the Butter and the Brioche

When I think of a classic British pudding, two spring to mind;  Bread and Butter pudding and Jam Roly Poly. 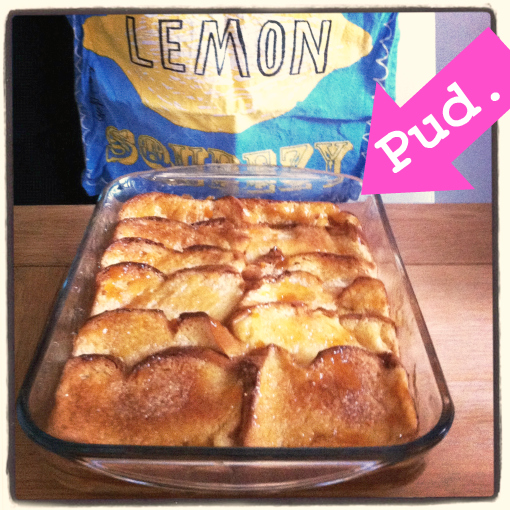 Tonight's dish is the classic Bread and Butter pudding because I had some Brioche I'd bought from Waitrose ages ago (I was going to make French Toast) and forgotten about.

Rather than sling it away I thought that it would make a great alternative to normal bread for a bread and butter pudding.  It turned out to be one hot pudding.  Stick a spoon in me, I'm done!

Now I have a problem, I am dedicating each blog post this week to a cartoon character.  And I had some trouble thinking of one that would go well with bread and butter pudding.  Until I remembered Spongebob Square Pants!  Yes, the bread in bread and butter pudding acts like a sponge, sucking up all the lovely creamy custard mixture making it like a pillow of fluffy, creamy, sweet spongecake.  Mmm

Ingredients for the 3 'B' Pudding (Bread, Butter and Brioche Pudding) 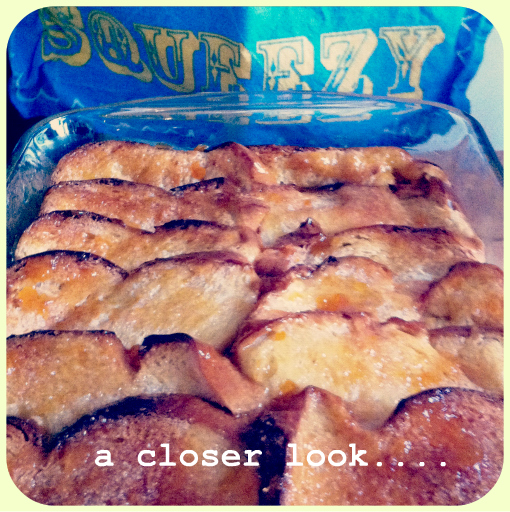 Put the Milk, Cream and vanilla seeds into a saucepan and heat until boiling.  Remove from pan.

In a separate bowl mix the eggs and sugar.

When the milk and cream mixture has cooled a bit, slowly add a bit of a time to the egg mixture.  Stirring in slowly.  Making sure you don't scramble the eggs.

Then pour the mixture over the bread and leave to rest for 10 minutes.

Sprinkle with demerera sugar and put into the oven to cook for 30 minutes or until the top is nice and golden and crisp.

Heat 2 tablespoons of apricot jam in a saucepan until it goes runny.

Take the bread and butter pudding out of the oven and spread with the jam mixture. 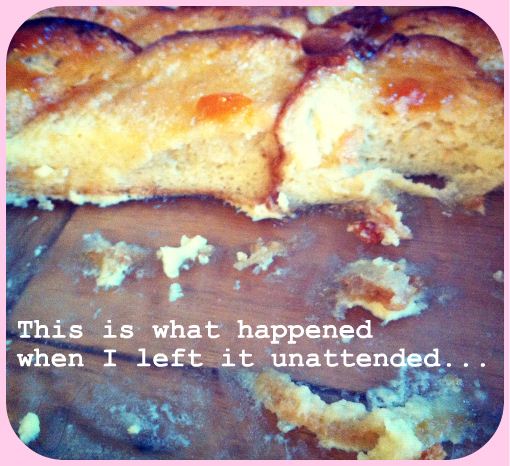