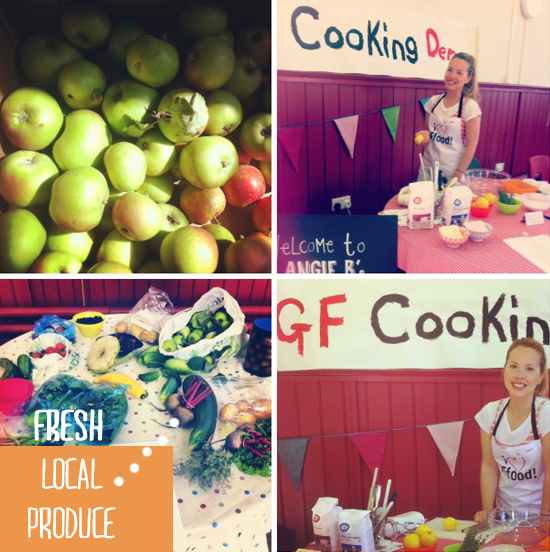 We had a great first Fffood Swap on Saturday. A day showcasing and swapping the most amazing fresh produce, produced locally in the gardens of fab foodie’s around Gloucestershire!  Fffantastic! The yellow Courgettes were my favourite!

I met some really great people (some of you from Twitter came, thank you so much for coming by and saying hello!) and I really enjoyed showing people how to make some delicious food with my recipe demonstration!  Here’s some lovely pictures from the day if you missed it.

I also showcased some of my favourite Gluten Free products. In particular Perkier! Foods new porridge mixes,  B-Tempted foods delicious cakes and Honeybuns Bakery traybakes. We also included some in our giveaway hamper, the proceeds of which went to the Stroud Food Bank. 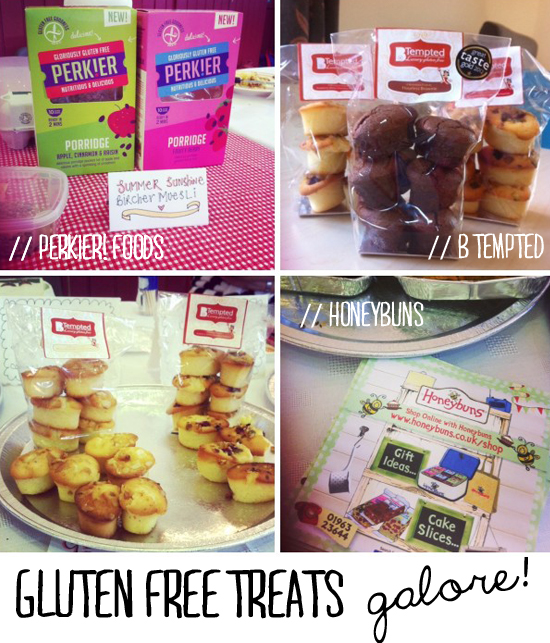 I picked up some apples and have my eye on making some of my Toffee Apple Pockets with some new Warburton’s new gluten free croissants!

If you’re interested in the recipes and recipe demonstrations that I did at the show, I'll be posting them up in the next few days so stay tuned!

I also met the lovely lady, Naomi who's behind the Heavenly Pies and Puddings company - Great gluten free pies and pastry... Oh my goodness, heavenly, my Mum and I ate the roasted vegetable one and it was the best pastry I've tasted that's gluten free. Heavenly Pies sell at Stroud Farmers market so definitely worth hunting down!

I feely really lucky to live in an area where fresh and local produce is so readily available, and neighbours generously donate their produce to other's.  People here really appreciate where their food comes form here and continue to champion local producers and makers and to encourage people to buy local where it's possible. It makes such a difference.

And can you believe that not one penny exchanged hands in return for these goods - yes, swapping, it's the new shopping!  I'm telling you! :)

Big thanks to the Fffood Swap Team who worked magic behind the scenes to make this fantastic event come to fruition!  Well done everyone.

Also a big thank you to other food producers who donated to the Hamper including Tilda Rice and The Artisan Kitchen Preserves.  See you soon for more foodie fun!
Posted by Angie Browning at 08:18